On the run to raise awareness of mental health

They say that life is a marathon, not a sprint – but for Dom Byrne, one of our customer relationship managers here at SHE Software, it’s been an ultramarathon!

Dom recently took part in the Ultimate Trails Challenge – a gruelling 55km race through the heart of the mountainous Lake District – to raise awareness of mental health.

Completing the punishing course in just 9 hours 47 minutes, Dom said the blisters were worth it: “I’ve done quite a lot of endurance running, including 10 marathons and three Ironman events, but this was the first time I had run such a long distance. 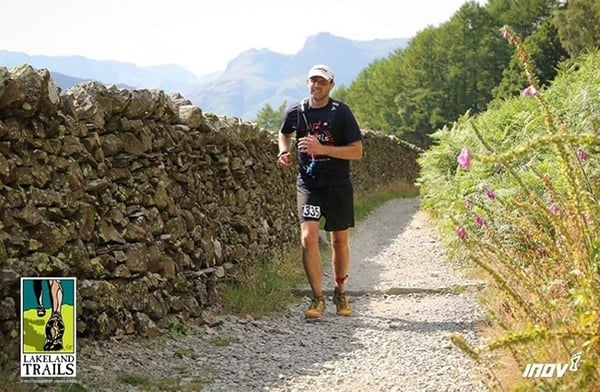 “It was really tough at points, but it was a fantastic experience, and I’m pleased that I was able to push myself out of my comfort zone to hopefully help others understand how tough life with mental health issues can be.”

Dom took part in the race to raise awareness of the charity Hope Street, which he and his wife Sheila founded earlier this year.

The charity aims to support people with conditions such as depression, and to provide a safe, positive and welcoming environment where people can be inspired by the stories of others who have walked in their shoes and are now able to live a happy successful life. They’re also hoping to help those who have been negatively affected by the mental health of a loved one.

Dom explained: “We set the group up following my wife’s own experience with mental health support services, which can be challenging.

“Around 30 people come together every week in a bright, positive space in an art gallery in Ormskirk, where we live, and we’re about to begin hosting similar sessions further afield, starting in Liverpool later this month. We also provide support through social media.

“It’s important that people battling mental health conditions are given hope, inspiration, and validation, and we want to help people to come together and be inspired by the stories of others while feeling comfortable enough to share their own experiences, if they wish too.”

The charity is also set to deliver a series of talks and workshops to local schools, sharing their message with young people and encouraging them to talk openly about mental health, in a bid to promote further understanding.

So, given all his charitable commitments – and busy day job with SHE Software – will Dom be running another ultramarathon soon?

He laughed: “It’s tough to fit the training in around everything else – but never say never!”